That Time a Duck Tried to Steal My Man

That Time a Duck Tried to Steal My Man

Tony is a handsome man. Women, men and apparently sometimes ducks, are drawn to him.

We live along the shores of Lake Minnetonka. A popular recreational lake 30 minutes or so west of Minneapolis. Living near the lake means sharing it with Mother Nature and all her creatures. What I didn't think was that one of these creatures would try to steal my man.

One Saturday while I was at the radio station I worked for at the time doing a live show, Tony started texting me photos of a duck that walked into our house and was following him around the house.

This duck followed him around inside and outside the house. It obviously taken with him, which I couldn't blame her for. We had heard of ducks imprinting on a human who they saw as their mom, but this duck wasn't a baby.

We decided to name her Wanda and started putting out a bowl of food and water for her just outside our sliding glass door.

Each day Wanda would come up from the lake, eat, criticize my outfits and follow Tony around as he fixed screens and did outdoor chores.

That hussy went so far as to start banging on the sliding glass door in the mornings if I didn't put her food out.

This photo was taken through the glass door after an impatient Wanda was banging away.

Wanda would take food from our hands as well. She didn't care who fed her, but boy did she have a thing for Tony.

Some time went by and Wanda started bringing another female duck around, who we named Rhonda. Rhonda was very hesitant about coming up to the house. Unlike Wanda who acted like she paid rent and ran the place.

Eventually we realized Wanda was a lesbian and she and Rhonda were more than just friends. We were totally cool with that. That's when we realized  her intentions toward Tony weren't romantic after all. Whew!

We had to put the food closer to the lake or Rhonda wouldn't partake. Didn't stop Wanda from banging on our sliding door if the food wasn't out.

Wanda started to bring another couple around as well. She was starting to treat our home like some type of mallard swinger retreat. It was Wanda, Rhonda and another male and female duck couple. Wanda was the only one that would come up to the house making demands for food and music request.

Then something odd happened. We thought Wanda was sick as she started to loose feathers. Next thing we know, she turned colors before our eyes as her feathers came off.Low and behold, it turns out Wanda was not a bossy lesbian duck. She was a he! We didn't know that younger male mallards look like females till they molt.

This news really turned our world upside down. Wanda came to us during puberty.

We continued to call him Wanda. He and Rhonda kept coming around till they had kids. They brought the kids to the lakeshore but Wanda no longer came up to the house.

Fatherhood changed him. That or Rhonda finally beat him down and convinced him to stop hanging out with us. As if we were the bad influence.

Eventually we moved a mile away. We think we may have seen Wanda once since we moved. We miss that little bastard. He use to even hang around when we had people over, just like a member the family.

In the end, Wanda wasn't trying to steal my man, he was just looking for a positive role model. 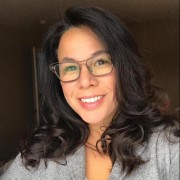